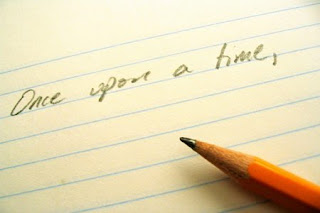 People do not really want to believe that it is as simple as doing some writing on the Internet, and then pushing that “little” publish button.

Really, it is that simple.  The problem is that for most, it is not.  (Some days I even don’t think much of hitting publish and not considering it “published.” Other days I want to have it published.) That is a peril of writing, when it is considered “published”.  There is such a thing as a draft, and most writers remember this… except when it comes to our own writing.

A good example is a blog.  There are times when real life is just that — real life. There is always something to do, or in many cases, some thing else to work on.  Five hundred words might not seem like much; it is so easy, and so deceptive.  What is a good blog post?  Is it one that draws the readers in or one that you yourself think is good?  Most of the time, blogs are informative and well written and others want to read them.  What can go wrong?  A lot of things because there might be a word or two missing or words that the spell checker didn’t get… and the world sees it long before you do.

How about writing elsewhere?  The same holds true there.  This month we are writing about fan fiction. It is something that we’re going to spend time on, and hopefully get some voices out there.  Publishing fan fiction is hard, it’s long and the people who do this will have a deep sense of wanting to share what they write as soon as possible.

After all, they are passionate about the subject and know things about the characters, and most people know where they are going with it. However, they make a mistake and that is that they think that they are only writing something that a few people might see.  No problem there, right? Wrong. Almost anyone can find your writing anywhere on the ‘net.  It’s pretty big and writing for a few friends is one thing, but eventually the writing will come out on the web, and there is no hiding for long around here. It’s not about simply writing and publishing but rather what people see when they read some of the fan fiction found on the web.  Not everyone out there is a professional writer, but a person who finds their way to your fiction from the web will not be looking for the “fan” part in the fiction but some great writing, story telling and plot development, and might not understand the jargon that some writers use.  There is great, excellent, well-written fan fiction out there, and as I have spent time reading them, I can see which ones work and which, well, don’t.

The ones which don’t fall into the trap of publishing too fast or too soon because the writers want people to see their writing.  They have is that they have done this at their own peril.  Readers notice the small things that these writers have overlooked, like spelling mistakes, missed points, or plot holes.  That is where the problem lies, a good writer knows when it works, and no matter what sticks with it, they know when one of their readers  tells them that there is a mistake, they fix it.

The writers who aim for “fluff” or “angst” will often times be the hardest ones to work with.  What is emotional for one person is not for the other, and emotions in writing are best viewed by taking a step back.

I Love Star Trek... I Think I'll Write Some Fan Fiction, And I'll Need Some "Critiques" Before I Publish

Open Book. Open Mind. Tell Me How You Really Feel! What Is the Cost to Self-Publish on Amazon What Hurts Your Book’s Chances of Sales